Global food retailer Ahold Delhaize built on a solid start to fiscal 2022 in its U.S. business with strong net, comparable and online sales growth for the second quarter. 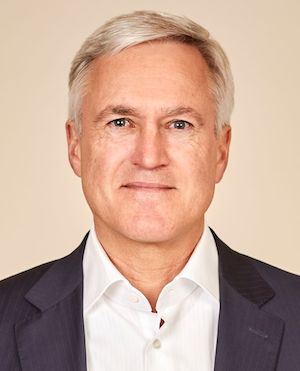 “Our brands’ strong value propositions are reflected in increased market shares in the majority of our markets,” Ahold Delhaize President and CEO Frans Muller said in remarks for the second-quarter report. “This is particularly visible in the U.S., where the consistent and robust performance of our U.S. brands continued. In the quarter, net sales increased by 7.7% at constant rates, and we maintained a healthy underlying operating profit.”

“Food Lion continues to perform strongly, achieving its 39th consecutive quarter of growth and double-digit comparable sales,” Muller said. “Stop & Shop has taken the next steps in its remodeling program with the announcement of a $140 million investment across its New York City stores over the next two years. This targeted investment aims to improve the shopping experience for local customers by adding thousands of new products to the assortment that reflect the diversity of the neighborhoods and communities Stop & Shop serves.” The company noted that Stop & Shop delivered positive comp-store results in the second quarter.

Online sales at Ahold Delhaize USA surged 16.4% to $1.06 billion (constant currency) in the 2022 second quarter, building on a 61% jump to $908 million a year ago, fueled by the acquisition of online grocer FreshDirect (Q2 2021 U.S. online sales rose 29% excluding FreshDirect).

Ahold Delhaize noted that, in its global online business, the company has decided to suspend its plan to sub-IPO its bol.com e-commerce operation in the 2022 second half. “Considering current equity market conditions, we have decided that the second half of 2022 is no longer the right time to sub-IPO bol.com,” explained Muller. “We remain committed to securing the right future path to unlock value for bol.com and Ahold Delhaize, and will revisit opportunities when market conditions are more conducive.”

“We had a strong second quarter. Our overall results confirm the strength and breadth of our brand portfolio,” Muller stated. “Our brands’ unparalleled understanding of customers, broad assortments and product offerings, as well as the stickiness of food-at-home consumption, are giving us the opportunity to play to our strengths and support customers in a challenging environment.”

Looking ahead for fiscal 2022, Ahold Delhaize raised its earnings guidance. Citing strong first-half earnings and other macro-economic, foreign exchange and interest rate factors, the company now projects mid-single-digit growth in underlying earnings per share, compared with its previous outlook of a low- to mid-single-digit decrease.

“Despite the expectation that challenging times remain ahead, I am confident that our brands are on the right path to support customers and deliver on our goals,” Muller said. “Our half-year results exceeded our expectations. We have positive momentum going into the second half of the year.”

Ahold Delhaize closed out the 2022 second quarter with 7,591 stores in the U.S., the Netherlands, Belgium and Central and Southeastern Europe, compared with 7,263 a year ago, a net gain of 328. Ahold Delhaize USA ended the quarter with 2,048 stores, a net increase of four locations from 2,044 in the prior-year period, including nine opened or acquired stores and five closed or sold stores.