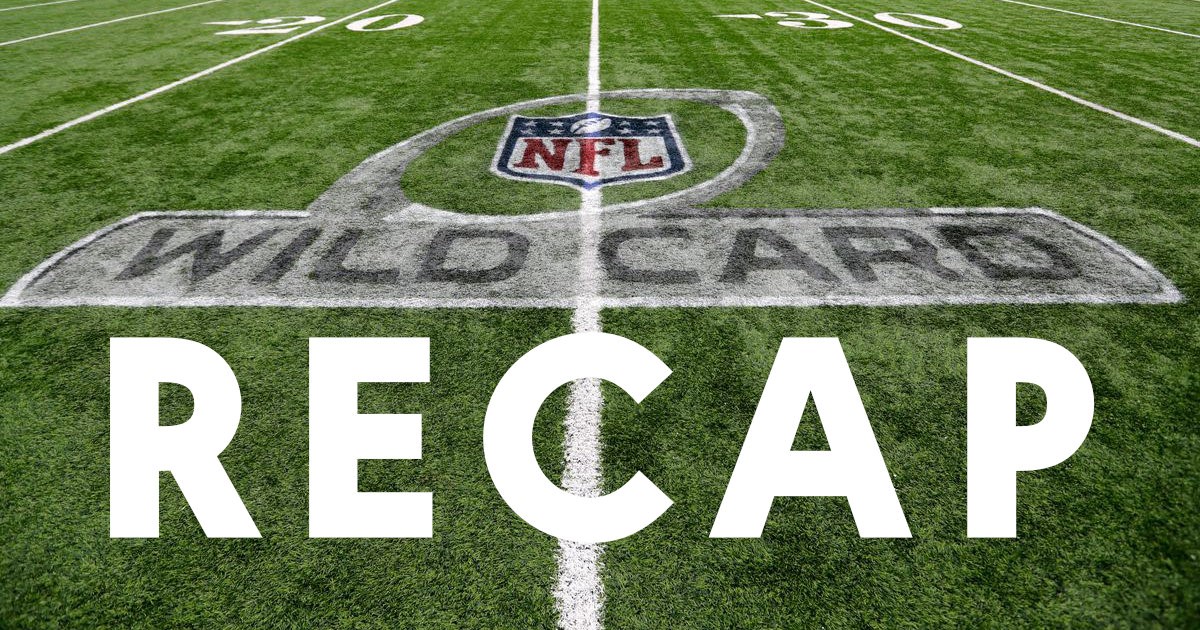 This short takes edition will be a small commentary on the wild card games played in the first round of this season’s playoffs. That is until I get to my team’s game. The Steelers were embarrassed on their field by the Cleveland Browns and now stay home for the remainder of the postseason.

Humiliating is a great word for that surprising Browns victory and there is much to say about the state of the Steelers and this dismal loss especially coming from a diehard Steelers fan. So, that game I’ll save for last.

Baltimore 20, Tennessee 13. Lamar Jackson is on fire. He tore up the Titans like their defense was swiss cheese. 2,000-yard rusher Derrick Henry was shown up by a quarterback and held to a total rushing yards finish that was a far cry from his average this season. For me, Baltimore is the scariest team in the playoffs that is still alive. They get Buffalo next and if I were a Bills fan, I’d be very much nervous.

New Orleans 21, Chicago 9. This was an expected result and sets up a showdown that might very well be called the “geriatric bowl.” Tom Brady vs. Drew Brees making that game a matchup between the two oldest quarterbacks to meet in a playoff game ever. Like Ben Roethlisberger but perhaps not to the same degree, Brees is showing signs of wearing down. It will be interesting to see who shows their age more next weekend, Brees or Brady. For the Bears, solid defense but no offense. Now they have a quarterback controversy in the sense of what do they do with Mitch Trubisky.

Buffalo 27, Indianapolis 24. This might be Philip Rivers’ last hurrah at least in the postseason. You will read more about Rivers when I write about the Steelers game below. But the Colts are out and the Bills move on but they will have their hands full in the divisional round.

Los Angeles Rams 30, Seattle 20. You have to wonder if having a full 12th man in the stadium would have made a difference for the Seahawks. They began the season as one of the favorites to represent the NFC in the Super Bowl and in the end, Russell Wilson’s hopes for an M.V.P. award came crashing down as his team exits the playoffs. I think the end of the road for L.A. comes in the divisional round when they have to play Green Bay.

Tampa Bay 31, Washington 23. Kudos to Washington quarterback Taylor Heinicke who was thrown to the wolves and told he would be the starting quarterback just a day before kickoff. He nearly pulled off leading the upset of Tom Brady and the Bucs with 306 yards passing. For a team that came into the playoffs with a losing record, The Washington Football Team did not give that impression of losing by just one touchdown and a two-point conversion.

Cleveland 48, Pittsburgh 37. Now we get to one of the ugliest games I’ve ever witnessed my Pittsburgh Steelers play. Thoroughly disgusting. Embarrassing. Disappointing. Humiliating. First and foremost, JuJu Smith-Schuster needs to grow up and keep his mouth shut. Earlier this season he made it a habit of dancing on opponents’ logos at midfield when on the road. Now, this past week he stated that the “Browns are still the Browns.” It came back to bite him big time and he’s getting lambasted all over the internet by many different media types.

As he enters the off-season he does so as an ensuing free agent. Is he worth bringing back? I say no. Not with the emergence of Chase Claypool and the further development of Dionte Johnson. The Steelers need to re-establish their identity as a no-fuss, hard-nosed, gritty football team and the softies need to be chipped away, beginning with Smith-Schuster. What Steelers Nation expects is a black and blue type team and whether that can be restored remains to be seen and doubtful while Mike Tomlin as head coach does not exemplify the snarling, spitting identity that Bill Cowher brought to the sidelines as did Chuck Noll the authoritarian did before him.

All that smack you in the mouth, being the more aggressive team, run the ball down the opponent’s throat was nowhere to be seen on Sunday night nor at any point this season as the Steelers once-mighty defense yielded the five offensive touchdowns Cleveland scored and allowed the Browns to get in field position to add two field goals.

Then there was Pittsburgh’s pathetic offense. 52 yards rushing as a team. Nick Chubb topped that on his own. Kareem Hunt added 48 more. Where is Jerome Bettis when you need him? But all the focus for the offense falls on the shoulders of Ben Roethlisberger. He showed some signs of life when he brought the Steelers from behind to defeat the Colts a few weeks back but aside from that, in the final six or seven games of the season, Big Ben looked old, out of sync, inaccurate, and just average. 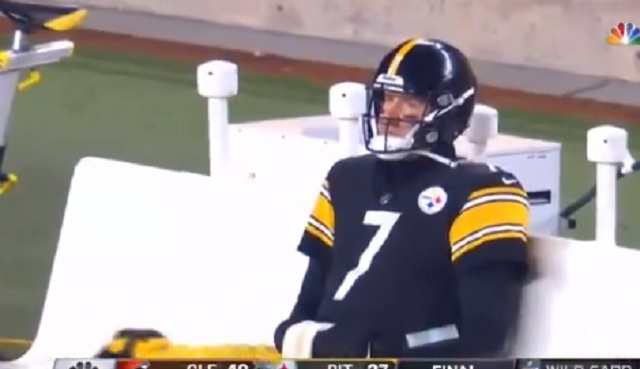 All that has led to the hot question of the week. “Is Ben Roethlisberger done?” Many have seen the image of Big Ben on the bench after the game, then joined by Maurkice Pouncy while everyone else was at midfield doing their typical meet and greet and congratulations by Steelers players to the Browns players. The image is everlasting. A dejected Roethlisberger looked like a lost soul. Eventually, he would come to tears.

That image of Big Ben for me spelled the end. I can simply not see him coming back for a tenous long 16-game season for an 18th year. The bigger question is whether the Steelers bring him back or not. Following the game, Roethlisberger said, “I hope the Steelers want me back if that’s the way we go.” He has one more year on his contract but that should not be a factor if Mike Tomlin and the front office want to go in a different direction.

The problem for the front office and Tomlin’s staff is if they do want to take a new path, who succeeds Roethlisberger? It can’t be Mason Rudolph, He is just not good enough. Forget Joshua Dobbs. He was brought back to the team just for backup security. With the 24th pick in the first round of the draft, there won’t be a franchise quarterback available this year when Pittsburgh’s name is called. They could of course trade up to snag one of the top prospects but then who do they trade away? Such a trade would be costly.

Here’s my take on what to do …. make a trade with Philadelphia for Carson Wentz. If the Eagles decide Jalen Hurts is their future, the already disgruntled Wentz who has mentioned requesting a trade would be a great fit in Pittsburgh. Wentz had an off-year in 2020 losing his job but the analysis on him is of high grades. He’s big (6’5”, 237) and had a 4,000+ yard passing season in 2019. He’s only been in the NFL since 2016 so he is young.

As for Roethlisberger, whether he comes back or not, he took a major step backward this season but his career numbers will land him in the Pro Football Hall of Fame. He entered the NFL via the draft in 2004 and came in with a chip on his shoulder because he was not chosen until the 11th pick overall. 10 teams passed on him including these same Cleveland Browns who took Kellen Winslow instead. The Jacksonville Jaguars who are still searching for a franchise quarterback also took a pass.

Incredibly, the only other quarterback from that 2004 draft still playing this season was Philip Rivers. Just Big Ben and Rivers remain from 17 quarterbacks selected that year. The other 15 were:

Some other things to consider in the Steelers loss and exit from the 2020 big dance:

So there you have it. NOT the same old Browns JuJu Smith-Schuster. And on the heels of Smith-Schuster’s smack talk comes fellow rookie wide receiver Chase Claypool who on ESPN by way of Tik Tok made this stupid proclamation:

“Bad loss, but um, the Browns are going to get clapped next week, so it’s all good.”

While I agree Kansas City is probably going to thump Cleveland, it’s not his place for Claypool to be talking any smack. Uh dude…you lost and lost embarrassingly. You are embarrassing Steelers Nation fans everywhere. Insult to injury.